Arc Reserve Currency is the first regulated and asset-backed digital stablecoin. Proceeds from coin issues will be placed in a ring-fenced SPV and allocated to fixed income investments, across multiple currencies, to enable a stable-priced cryptocurrency. 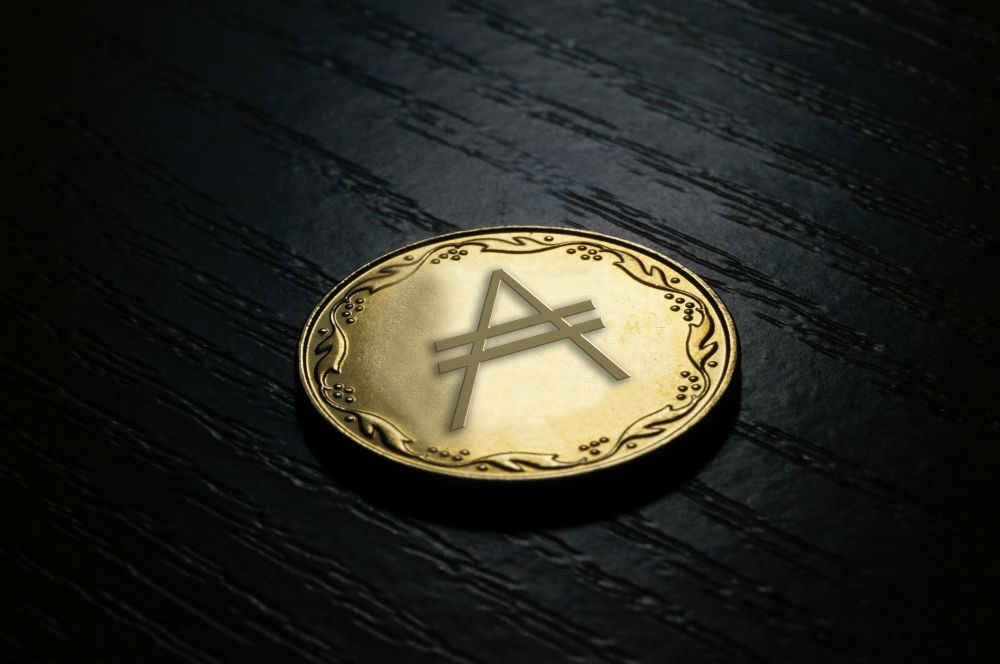 Jersey, December 14, 2017 – the launch of the ARC Initial Coin Offering (ICO) – the first stablecoin which is both asset-backed and regulated.

ARC provides a stable alternative for investments in an otherwise volatile and unpredictable cryptocurrency market.

Passionate about a stablecoin

Imagine you live in a country with rampant high inflation or significant political or financial instability.  Now imagine that you are looking to provide for your family and save for their future – earning enough to send your children to school or university.

Without a reliable currency and somewhere safe to store your savings, it is very difficult to achieve this. For billions of people around the world this problem is a reality.

A stable cryptocurrency can enable people to save and plan for their future globally – beating inflation and out of reach of untrusted counterparties.

This is why we care passionately about ARC.

Why do we need a stablecoin?

Existing currencies have limitations when considered as a store of value or unit of measure .

National currencies are undermined by socio-economic factors and centralization and are poor stores of value over the long run. Governments tend to adopt inflation management approaches to setting base rates, leading to poor returns with relatively high volatility.

Digital currencies such as Bitcoin, Ethereum and exchanges like Coinbase are increasingly successful in their adoption. But, as a currency, they are a victim of their own speculation, resulting in a high degree of volatility.

There have been a few attempts for a stablecoin to address certain limitations of existing currencies. But each has limitations that we feel can be improved upon.

“One of the main problems cited about cryptocurrency is the fact that it’s volatile; although many users and merchants may want the security and convenience of dealing with cryptographic assets, they may not wish to face the prospect of losing 23% of the value of their funds in a single day.” – Vitalik Buterin. Founder, Ethereum.

“A private currency would prevail if it is essentially stable in value and prevents both excessive stimulation of investment and the consequent periods of contraction.”

ARC is an intrinsic-value currency

Proceeds from the ICO and subsequent coin issues will be placed into a ring-fenced SPV, which then allocates capital into cash and fixed income investments. ARC utilizes currency diversification , returns from an underlying asset class and price controls to create a stable currency. 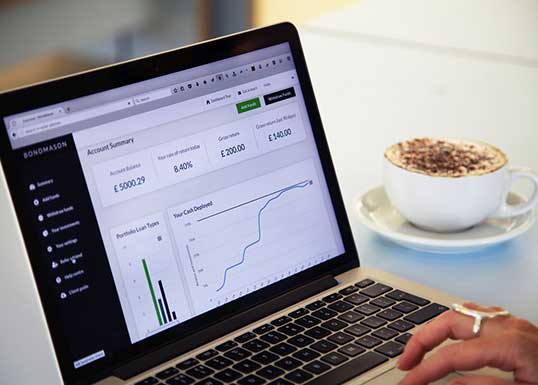 With a bias towards USD

ARC will allocate capital across the largest currencies as defined by the Bank of International Settlements trade-weighting analysis.

The largest currency exposure is likely to be USD, which facilitates a degree of ARC to USD correlation. 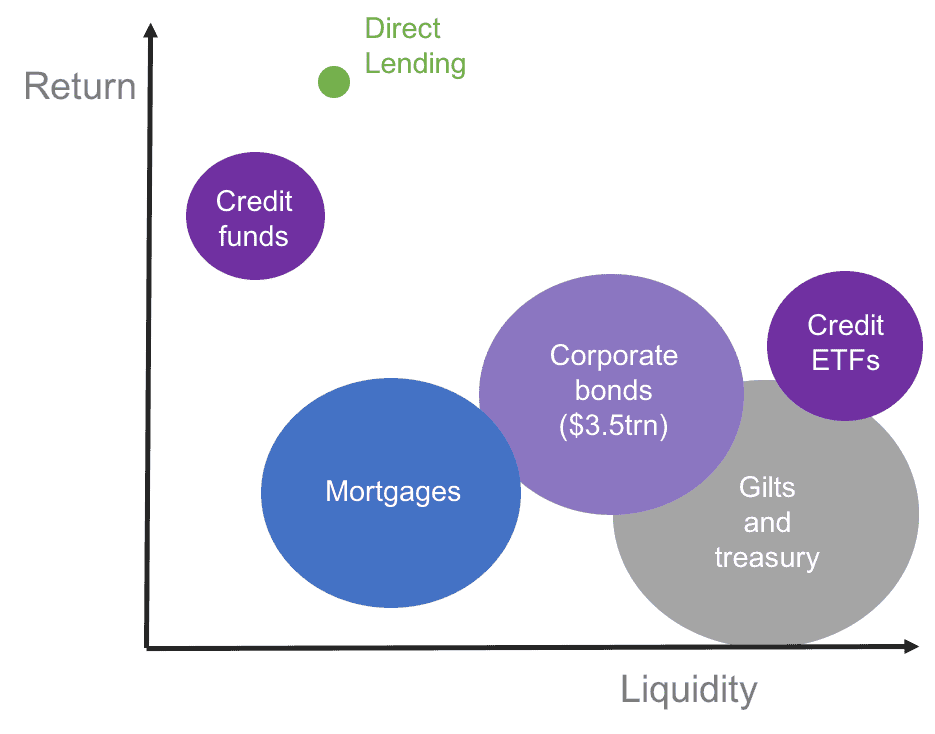 Support from an underlying asset class

To deliver a base rate return

Diversified lending and fixed income investments provide the best combination of delivering consistent and predictable returns in line with the target return required, with low volatility and relatively good levels of liquidity; relative to other mainstream and alternative asset classes.

ARC will target a return that keeps the currency stable in real terms – tracking the rate of inflation across G10 countries.

There will be an allocation to cash (and equivalents) to assist with liquidity. 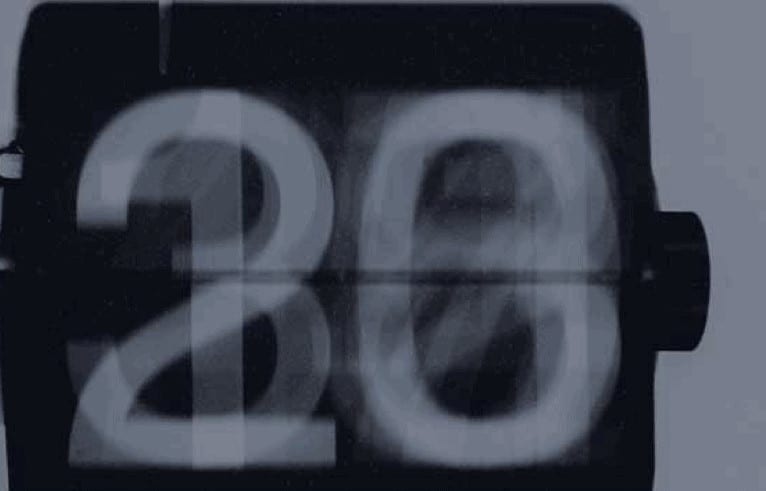 To enable pricing to fall within a narrow and predictable range.

ARC benefits from transparent and predictable controls to maintain pricing within a narrow band relative to value of the underlying assets; as well as acting as support against downside pricing pressures – ‘natural buoyancy’ – and to protect against over-speculation.

The controls enable flexible and non-dilutive issues of further currency, to respond quickly to increasing demand, and in compliance with regulatory frameworks.

Built by the community for the community. ARC has been created in collaboration between financial investment experts, economists and developers.

Garrick is an Economic Historian at the University of Cambridge and London School of Economics with over fifteen years of experience in the private sector with Bank of America, IDG and Allianz.

Garrick has served on the boards of directors of both publicly traded and private companies and is known for his research on cryptocurrencies and distributed ledger technology.

Stephen is the co-founder and CEO of BondMason, a financial technology platform that enables distribution and administration of capital into loans and other fixed income investments.

Stephen has 16 years financial services and investment management experience with firms including Fidelity, Deloitte and Andersen. He is a qualified chartered accountant (FCA – ICAEW) and became an approved person of the UK’s Financial Conduct Authority in 2009.

The authors have been supported by a wide range of advisers, experts and other team members including:

• a currency volatility trader at a leading hedge fund;

• a former trader at Goldman Sachs; and

• a former investment committee member at a leading CLO fund.

ARC is an intrinsic-value coin. Proceeds into the SPV will be ring-fenced and allocated for the benefit of the coin holders.

A minimum of 99% of the ICO proceeds, and any subsequent coin issues, will go into the SPV to invest in cash and fixed income investments to support the value of the coin.

ARC is an intrinsic value coin. As such, there should be no leakage from the special purpose vehicle (“SPV”):

All ARC coins will be issued at the net asset value (“NAV”) per coin at the time of issue.

No-one (founders, advisers or others) are able to buy newly issued ARC at a discount. This is a core principle of the currency.

Do your own research

Trading documentation  and familiarizing yourself with the risks of purchasing Arc Coins and any restrictions that may apply in your jurisdiction.

You will be notified when your Proof-of-Identity checks are complete.

If you are purchasing crypto coins you may send funds to the Arc Fiduciary Wallet. Please note the minimum subscription using a cryptocurrency is 0.1BTC – 1ETH – or $ 1,000 equivalent.

If you are purchasing in fiat (national currencies) you will be sent wiring instructions  after  Proof-of-Identity checks are complete. Please note the minimum subscription using a fiat currency is $ 25,000 (or equivalent amount).

Once your funds have been received they will be converted into USD. You will then be credited with Arc Coins pending minting (‘preArc’) at a conversion rate of 1ARC = $ USD1.00.

You will be able to see your balance of pending Arc Coin on your summary page.

The Board of Arc Fiduciary Ltd will determine when the ICO period ends: which will be after 30 days or when there have been sufficient subscriptions.

As soon as the ICO closes, all preArc Coins will be minted as Arc Coins and sent to Applicants.

What if the ICO does not raise enough funds?

In the unfortunate event that the ICO does not raise sufficient funds and the Board of Arc Fiduciary Ltd will return any funds sent during the ICO period.

Please note that Applicants who purchase Arc Coin in currencies other than USD – the currency that Arc is denominated in – may be exposed to some currency fluctuations during the ICO period, as well as third-party * transaction costs. We will only be able to return funds to bank accounts (or wallet address) they were sent from.

* Arc Fiduciary Ltd will not deduct any costs or expenses from purchase amounts should the ICO not complete.

ARC is an ERC20 compliant token on the Ethereum protocol, whose price is related to a pool of underlying assets held by a not-for-profit SPV.

Please note: the Information Memorandum is the main document for the ICO, and subsequent Arc Coin issuances. The other documents, unless stated, are for discussion purposes only. 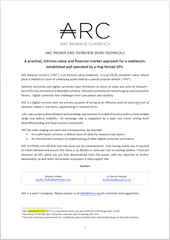 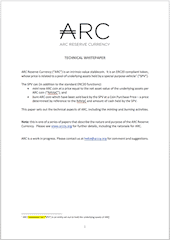 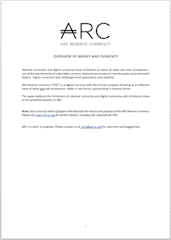 Overview of Money and Currency 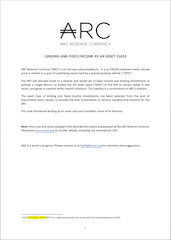 A review of the asset class used to enable the SPV to track inflation. 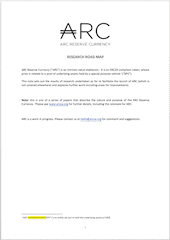 A review of research undertaken, and explores areas for further work. 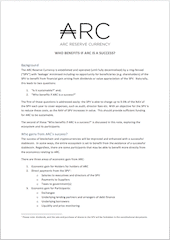 Who Benefits if ARC is a Success

A review the ecosystem and its participants, and who could gain if ARC is a success.

The first $5M will be classified as Founding supporters of ARC. First-come first-served.